Finnish Heritage Agency (FHA) and Metsähallitus Parks & Wildlife conducted a maritime archaeological survey to delineate the Jussarö ship trap in 2018. The fieldwork was prepared with the aid of a workshop organised by the Metsähallitus and FHA to the local stakeholders. Several divers and history enthusiasts participated to provide knowledge of the local and regional maritime cultural heritage. The workshop was organised in the historical town of Tammisaari.

The maritime landscape in Jussarö includes several small islands and islets due south from the Jussarö island in the Gulf of Finland. The islands have been collectively called “Raseborgs gaddarna” at least since the first systematic cartographers Hahn and Gete mapped the area in the middle of the 18th century. The name literally translates to “Raseborg’s teeth”, the word gadd used here as a descriptive noun to describe the sharp protruding shallows all around and little islets of the area. Raseborg is a medieval administrative region, which centre was the Raseborg castle, built in the 1370s. The area around the islets was known to cause disturbances in navigation compasses already in the 17th century and in 1751 Jonas Hahn was able to explain the phenomenon by the high iron content in the underwater rock formation in the area. The iron was subsequently mined, and the mining reach industrial proportions in the 19th century. The Raseborg’s teeth were known to be dangerous to ships, which got too close to the shallows and in 1881 a lighthouse was erected to the island of Sundharu. The islands were intensively visited by local fishermen, who had a seasonal natural harbor and settlement structures (swe. Tomtning) in the island called Hamngadden (engl. Translation of the name: harbor tooth).

The area of the ship trap was delineated with a side scan sonar survey, where also one new wreck was discovered from the area. The survey was supplemented by an environmental survey, where the physical and cultural factors, which affect the formation of a ship trap were researched: the result was a report on the method called “Ship trap index”, where the environmental characteristics around Jussarö were combined with the cultural surroundings to predict where shipwrecks could be most likely found in the area. The index was introduced in a seminar poster “Bridging the gap between the environment and history: archaeological fieldwork in the Jussarö archipelago, southern Finland”. https://www.submariner-network.eu/images/projects/BalticRIM/BalticRIM_ship_trap_study_GeoHab_Annual_Conference_2019.pdf

The ship trap was added into the Register on Ancient Relics maintained by the FHA and its online database at https://www.kyppi.fi/palveluikkuna/mjreki/read/asp/r_default.aspx. The site can be viewed at www.kyppi.fi/to.aspx?id=112.1000034420.

The ship trap is protected under the Finnish Antiquities Act. 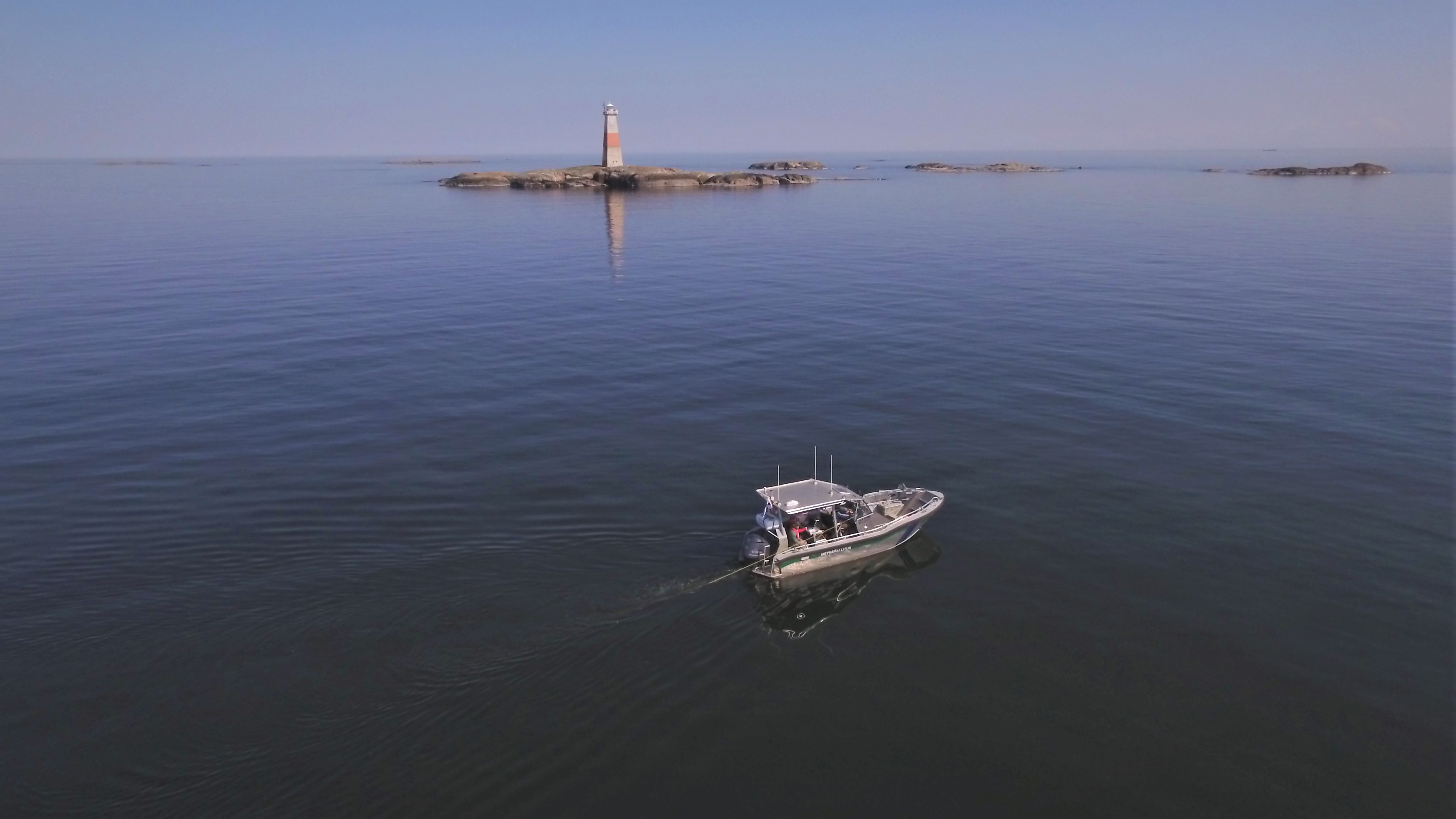 Case 2 -Lahia ship trap and the maritime cultural landscape in the Bothnian Sea:

Finnish Heritage Agency (FHA) and Metsähallitus Parks & Wildlife conducted a maritime archaeological survey to delineate the Lahia ship trap in 2018. The fieldwork was prepared with the aid of a workshop organised by the Metsähallitus and FHA to the local stakeholders. Several divers and history enthusiasts participated to provide knowledge of the local and regional maritime cultural heritage in the workshop organised in the regional museum of Tornio.

On the islands, traditional fishing nuclei were established, starting from the middle ages to the 19th century as soon as the numerous little islands appeared from the sea due to isostatic uplift. Today, the continuing uplift of land means that the remains of the fishing structures are situated in the middle of the islands. The structures comprise of net drying mounds, building foundations, landing sites and sea marks. Most of the sites have been used for centuries, and some have only been abandoned for some decades.

The Lahia ship trap was delineated with a side scan sonar survey. Six new remains of ships and their structural parts were discovered from a restricted area surrounding the shallows in north/north-west direction. The relation of the finds to each other and the number of wrecked ships could not be definitely determined, but they are at least three. The wrecks most likely date to the 19th and early 20the centuries and have been damaged by the underwater cliff, shallow water and wave and ice movement.

The wrecks and the ship trap were added into the Register on Ancient Relics maintained by the FHA and its online database. The site can be viewed at www.kyppi.fi/to.aspx?id=112.1000034419.

The ship trap is protected under the Finnish Antiquities Act. 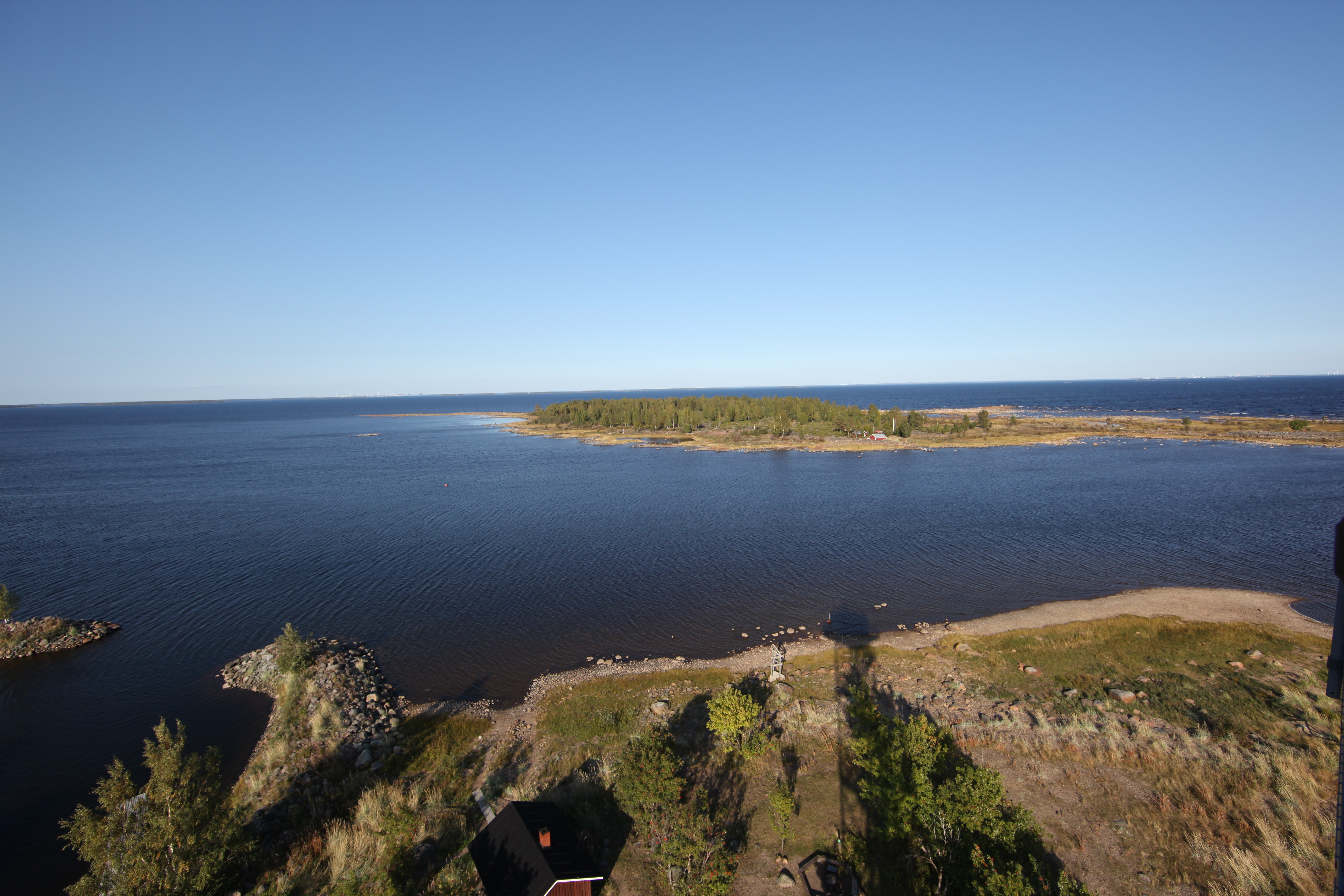 In 2019, the Finnish Heritage Agency and the Metsähallitus Parks & Wildlife conducted a joint archaeological and maritime archaeological survey in the archipelagos of the Archipelago- and southern Bothnian Seas. The aim of the survey was to locate and research historical natural harbours, which were used by the local fishermen, merchants, administrative personnel of the kingdom (Finland was a part of Sweden until 1809) etc. The harbours can be divided into categories according to their uses. Some sites are historical administrative centres, where navies and dignitaries have stayed, signed letters and documents, which have been preserved in archives. These harbours can be found in historical maps and written sources.

Harbours have also been places for commerce and trade where a contact network was formed between local inhabitants, merchants and farmers. Harbours have been used as market places, loading places and sometimes have an inn, where travellers could rest and eat. Some also hold evidence of shipbuilding and –repair activities. Some of these harbour centres developed and villages grew around them.

Some harbours have been simple shelters for fishermen, who sailed to seasonal fishing grounds annually. The maritime landscape of the archipelago was divided and space was allocated to maritime villages according to seasonal cycle. These harbours contain a sheltered bay, which is easily accessible and where archaeological remains of for example living spaces, net drying constructions and sea marks pointing the way towards safe sailing route, can be found.

Archaeological and maritime archaeological survey fieldwork in the area included side scan survey, diving, and visual inspection of the land sites. Several new sites were added into the Register on Ancient Relics maintained by the FHA, and the online database at https://www.kyppi.fi/palveluikkuna/mjreki/read/asp/r_default.aspx. 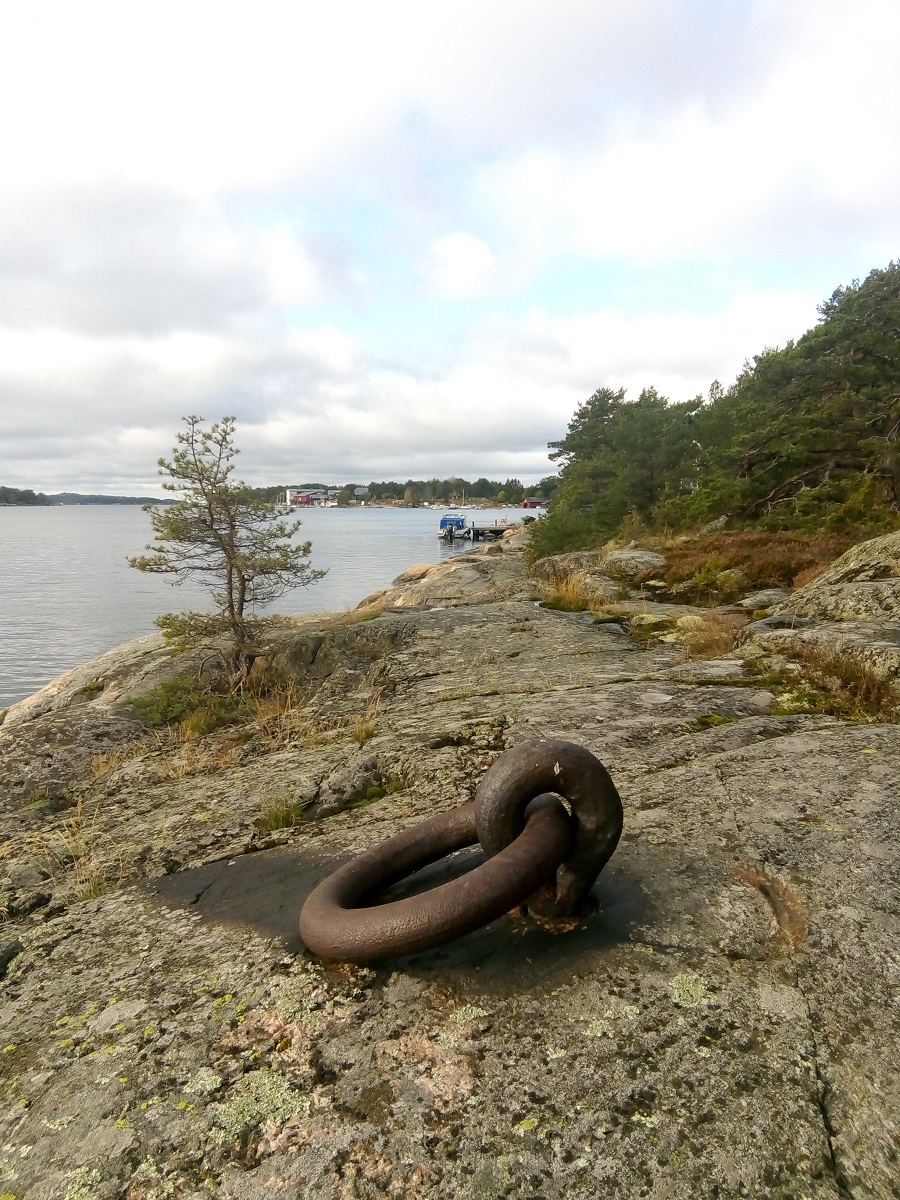 Ruotsinsalmi (Svensksund, engl. “The bay of Sweden”) is situated in front of the city of Kotka in the eastern Gulf of Finland. In that area, two sea battles were fought in 1789 and 1790 by the Swedish and Russian navies. The battles were a part of the war fought between king Gustav III of Sweden and tsarina Catharine II of Russia. The first battle was won by the Russians, and the second by the Swedes.

The second sea battle in 1790 remains the largest ever sea battle fought in Scandinavia measured by the number of men and ships taking part in the battle. The Swedish side had around 13 000 men and 185 ships. The Russians had ca. 20 000 men and 273 ships. Over 60 ships were lost in the battle, some of which still lie in the bottom of the sea in front of the city of Kotka. The site is found in the Finnish Heritage Agency’s online database at www.kyppi.fi/to.aspx?id=112.1000018473.

The best known of the wrecks belongs to the Russian frigate Sviatoj Nikolai, which was discovered already in 1948 and became the first target of wreck salvage in Finland. Efforts were made in 1949 to lift the wreck to the surface, which damaged it badly and failed. Subsequently, the wreck has been taken apart in “excavations” and a lot of objects have been lifted, many of which are now displayed in the Finnish Maritime Museum and the Kymenlaakso regional museum in Kotka. The wreck functioned as the cradle in which Finnish maritime archaeology began to develop from the 1960s onwards.

The Sea battle area is represented in the Kymenlaakso council’s regional plan “Commerce and Sea area”, and it is also represented in the regional plan 2040 (now in proposal phase) of Kymenlaakso in the “Target area for travel and recreation”. The Gulf of Finland Maritime Spatial Planning area has lifted cultural heritage as an important theme and the goal is that the Ruotsinsalmi Sea battle area will be added into the Finnish MSP as a protected maritime cultural historical site.