The National Maritime Museum in Gdańsk made an archeological inspection in the region of Krynica Morska (Poland).

In April 2018 a team of archaeologists from the National Maritime Museum (NMM) in Gdańsk surveyed a loose found washed up by the sea in the vicinity of Krynica Morska/ Piaski. The object turned out to be a fragment of a wooden vessel stern assembly made of pinewood, measuring approx. 360x240 cm and fastened with iron bands and treenails. Highly corroded iron gudgeons for affixing the rudder are preserved; draft marks cut into the stern-post every 30 cm are also visible. Researchers believe that the object can be dated on 19th century. The find has been secured and passed on to the Conservation Laboratory of the National Maritime Museum in Gdańsk. 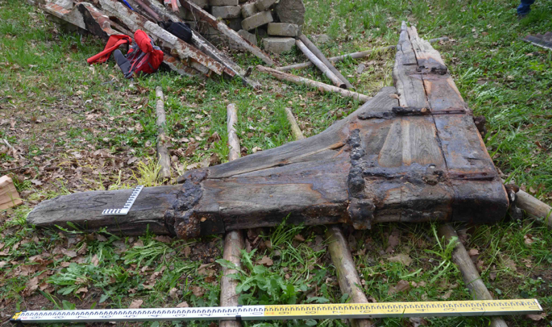 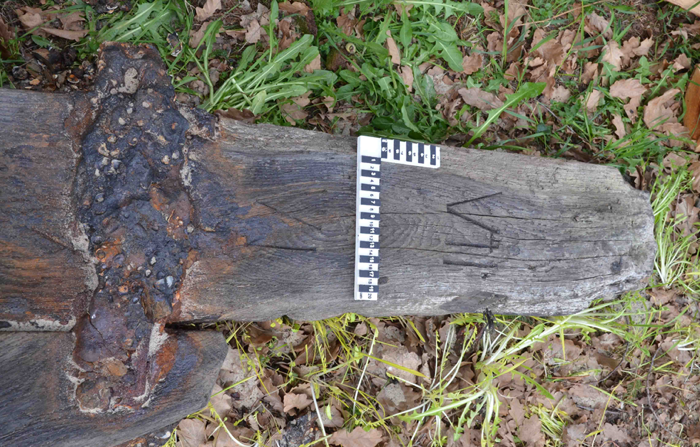 On 23th April 2018 a team of archaeologists from the NMM surveyed a wreck lying in shallow waters (max 1 m depth) close to the shore near Krynica Morska – Piaski. The wreck is partially visible during low water levels and its presence has been reported by a person taking a walk on a beach. It’s 27,20 m long, 7m wide and 0,8m high in its foremost part and lies capsized. The bottom planks have been destroyed by surf, which revealed partly preserved frames, stem and sternpost with wooden and metal elements. The vessel was built from pinewood. The wreck is dendrochronologically dated on the 1st half of 20th century, after 1921. Judging from its size and construction the wreck has probably been a large fishing vessel. 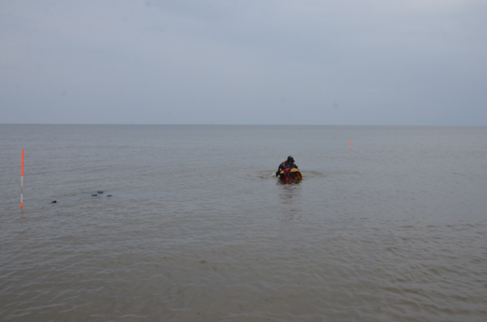 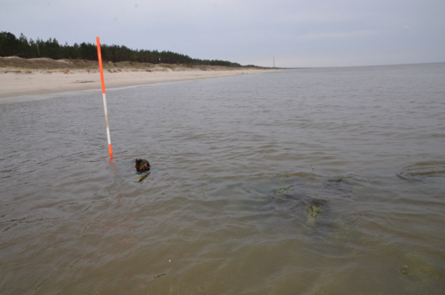