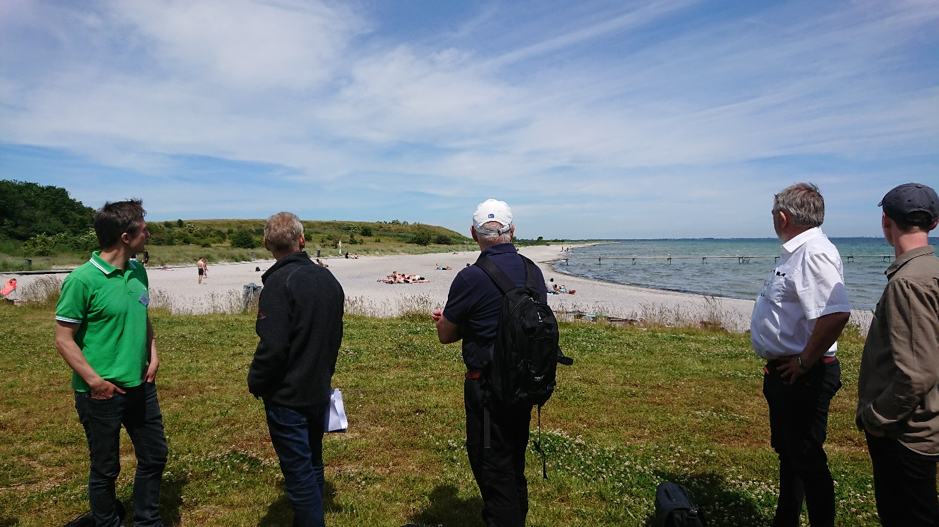 Danish municipalities unite under the CONTRA project, SUBMARINER Network was there.

On 24. June the first network meeting among Danish municipalities took place in the context of the CONTRA project (Interreg BSR) in Køge in Copenhagen Metropolitan area.

The event was organised by Municipality of Køge and 10 Danish municipalities participated among others. Efthalia Arvaniti from SUBMARINER secretariat and Jørgen Hilleke from Guldborgsund Municipality (Bioeconomy Hotspot) were there both representing the SUBMARINER Network.

The initiative is part of the CONTRA project that aims to find and test economical and environmental solution for managing and handling beach wrack (beach cast) biomass that covers the BSR coast lines annually. The three-years Interreg BSR project that started in late 2018 is led by University of Rostock has partners from six BSR countries, including University of Southern Denmark and University of Tartu.

The participants met at the Køge Marina and where the meeting started with general introduction of the CONTRA project and participants.

More information can be found at the new CONTRA website: https://www.beachwrack-contra.eu/

Guldborgsund Municipality’s Bioeconomy Hotspot, who are not partners in CONTRA, presented their case, BIOFISK. BIOFISK proposes using beach cast (seaweed and seagrass) for production of insects (black soldier larvae) suitable for fishfeed markets, thus closing the nutrient cycle with a blue-green solution. BIOFISK was one of the 26 cases of Baltic Blue Biotechnology Alliance project, an blue biotech accelerator that is currently continuing its activities as a Working Group under SUBMARINER.

In the last part of the meeting, each municipality presented themselves briefly in regard to the challenge and implication of beach cast in their region, e.g. on tourism, economy and environment, but also what good practices they have developed in managing and handling beach cast, and they can share, and finally what are the relevant stakeholders involved.

Obviously 2,5 hours were not enough and the participants decided to renew the appointment. Such networks will be established also in other project participating countries. More information follow.