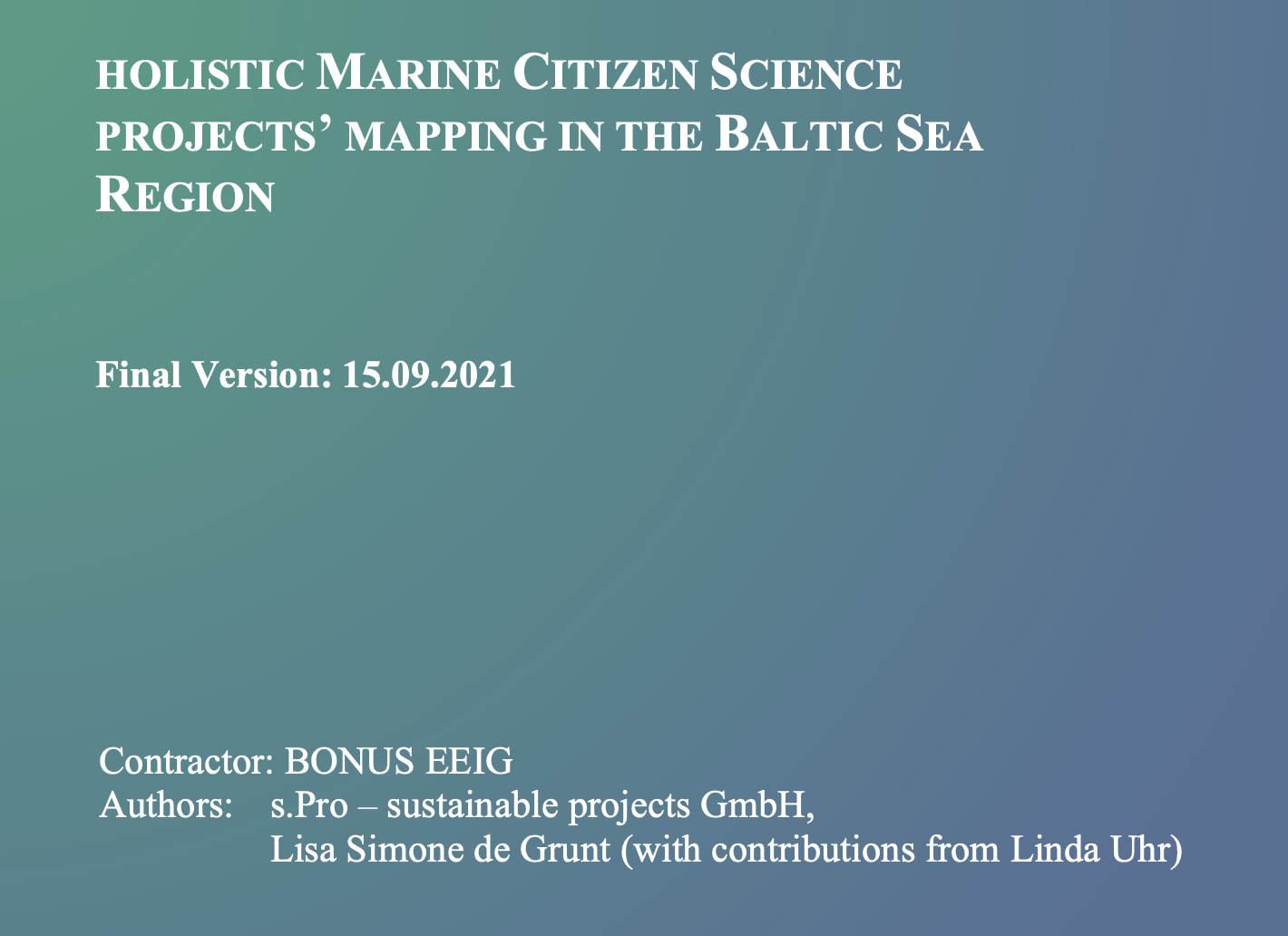 From May-September 2021, the first-ever holistic study of Marine Citizen Science projects in the Baltic Sea area was undertaken,
identifying 55 on-going or recently finalized projects and analyzing their lessons learned. The new report provides a major resource for those
interested in pursuing and initiating further Marine Citizen Science projects in the Baltic.
The study shows that the involvement of citizen scientists can be a highly valuable addition to marine research,
and the Baltic Sea Region should continue to act as forerunner.
The authors hope that the report and the study on which it is based, will prove a fruitful resource for those that are keen to start their own
Marine Citizen Science projects in the Baltic Sea Region, and that the lessons learned may be taken on board.