In November 2019 Estonian divers were invited to a seminar where different aspects of underwater cultural heritage were introduced and dicussed with them. The seminar was conducted in the context of the BalticRIM project by National Heritage Board of Estonia. 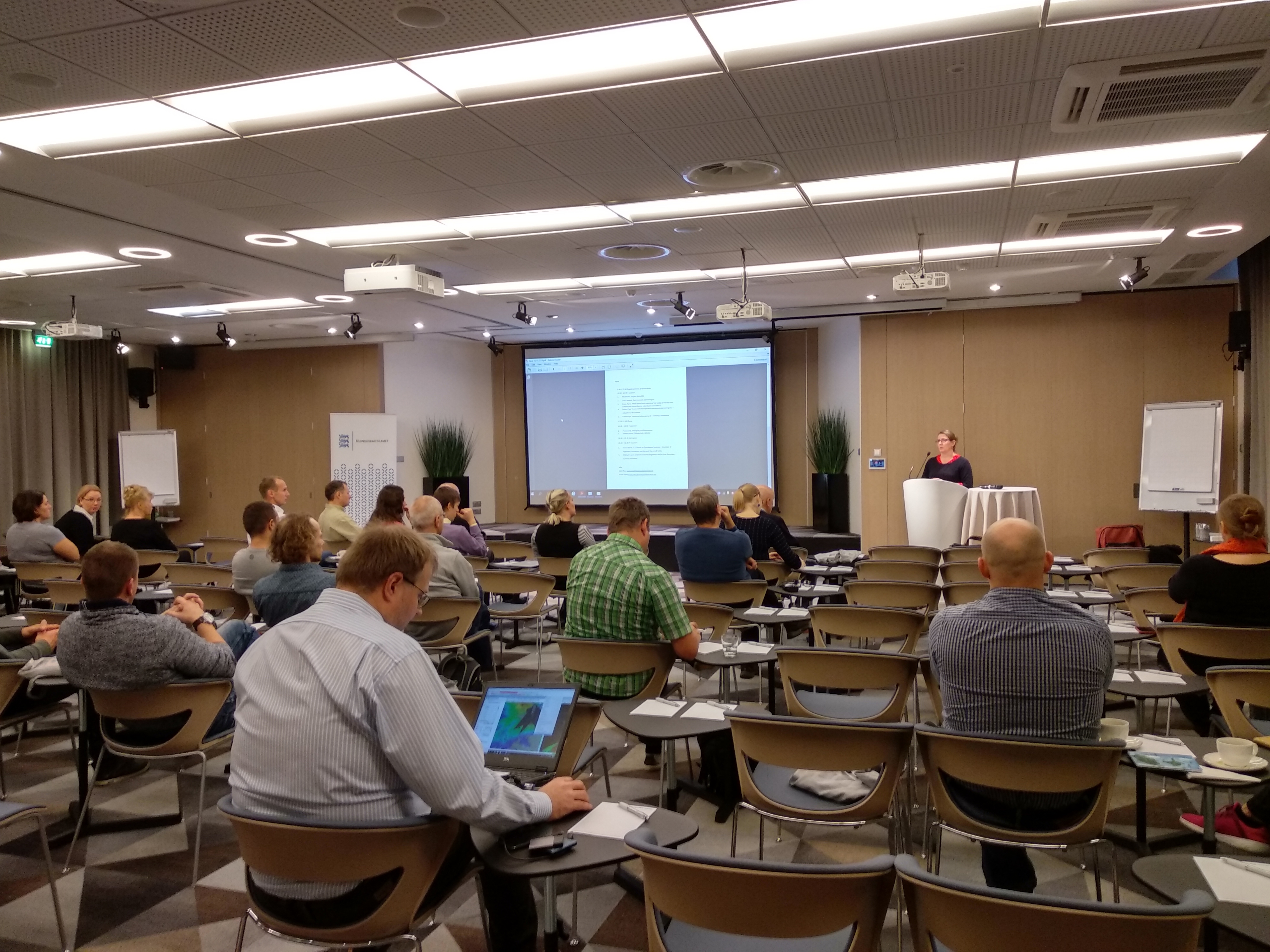 First of all, the project of Estonian national maritime spatial plan was presented by the representative of the Estonian Ministry of Financial Affairs, Triin Lepland. She concentrated mostly on the cultural heritage topics engaged in the national MSP. The MSP will be implemented in October 2020, whilst presently it is in the phase of re-publicising the report on environmental impact assessment.

Similarly to Finland, National Heritage Board of Estonia also conducted a quiestionnaire among Estonian divers, and the results were presented to the public by the Board’s advisor on underwater archaeology Krista Karro. Results were quite similar to the Finnish results. To put it briefly, an average Estonian diver is a 36-45 year-old male with an MA-degree and lives in Tallinn. Other aspects of what divers expect from diving sites were also asked beside divers’ preferences in diving destinations.

In the second part of the day measuring the sea bottom in Estonia was introduced by Peeter Ude, who has also done that work in Estonian Maritime Administration.

One of the highlights of the seminar day was probably the presentation on explosives in shipwrecks by Veikko Horm from the Estonian Navy. In addition to very thorough knowledge of explosive types in different ship types he had also brought some examples with him. 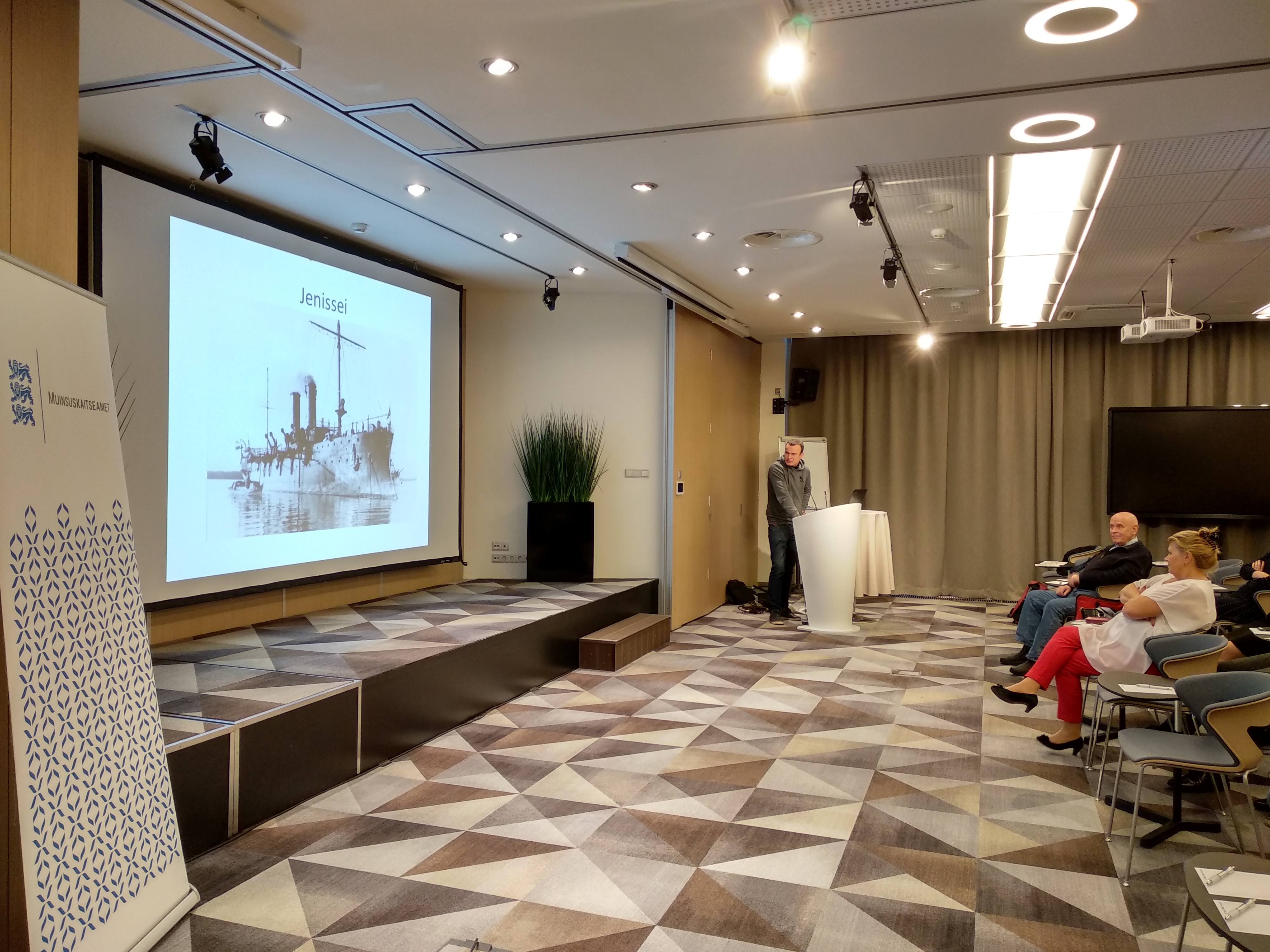 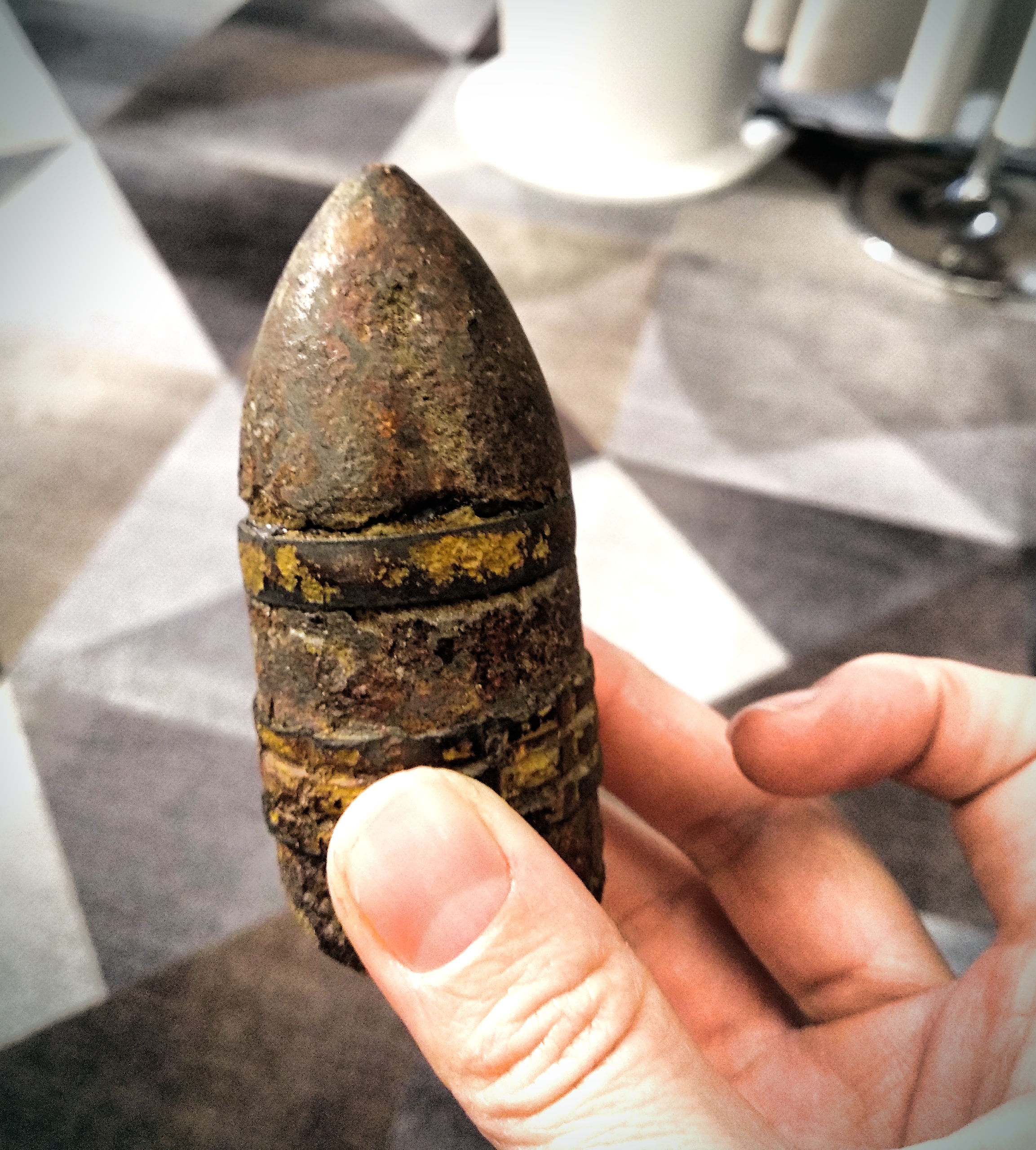 Picture: Veikko Horm making a presentation on explosives in shipwrecks and one of the example explosives brought along as an example.

The seminar was finalised with exiting talks by Immi Wallin (SubZone OY), who presented her dives on the first Lithuanian Republic’s warship Prezidentas Smetona (sunk as T-33 Korall in the Finnish Gulf and designated a national monument by National Heritage Board of Estonia in 2019), and Mikhail Ivanov (Underwater Exploration Team), who presented the diving club’s search dives in the Juminda mine field in the Gulf of Finland. Those findings have been used in conducting the crossborder Estonian-Finnish case study.

In addition to captivating talks some very constructive discussions were held on the topic of diving to national monuments in Estonia. All in all, the seminar gave National Heritage Board a chance to present BalticRIM materials to one of the most important stakeholder groups – divers, and get feedback from them.